Our first outing since COVID-19 struck and prevented us gathering to rehearse, at St. Cuthbert’s Church in Wells, on September the 18th, was an emotive occasion. The programme had been voted on by choir members from material which we had been able to access in a Zoom moderated home karaoke fashion. In addition, our conductor commissioned a work by Ian Assersohn to mark and celebrate the return of some degree of new normality.

We opened the concert with the world premiere of Ian’s composition, aptly named ‘After’. Much of the music chosen felt as if it captured some of the depth of feeling felt during Lock-down – we sang of the desolation of Jerusalem, and a prayer for forgiveness. The concert moved us and the audience through some very rich musical scenery, culminating in the second performance of ‘After’. There were many moist eyes and lumps in the throat. For this writer at least, it must go down in memory as an extremely moving occasion, and one not easily forgotten.

By kind permission of the composer, a live recording of that second performance of ‘After’, written by Ian Assersohn and sung by the Swan Singers, can be found at his web site:

After last year’s prohibition of a real trip down and up Ebbor Gorge for madrigals, coffee and cake, a socially distanced small-group version took place in 2021.

A chance find of a willow statue provided this photo opportunity – too good to be missed!

Despite COVID restrictions the Swans have continued to sing together via Zoom. Of late we have been rehearsing items for our virtual choir concert in place of our traditional Carols and Cake Concert.

The Christmas spirit was very much in evidence during our final rehearsal, as the screenshot shows!

The Swan Singers will be at the Bishop’s Palace in Wells on Saturday 14th December as part of the Christmas celebrations ‘Christmas at the Palace’.

Between 12.00 noon and 12.45 pm we will be in the Bishop’s Chapel performing some wonderful sacred Christmas music by composers old and new.

At 1.15 pm the singers will move to the Gallery to indulge in a selection of lighter Christmas musical fare, with gems such as Sleigh Ride and Have yourself a merry little Christmas, and many other seasonal favourites.

Please feel free to come and join us! 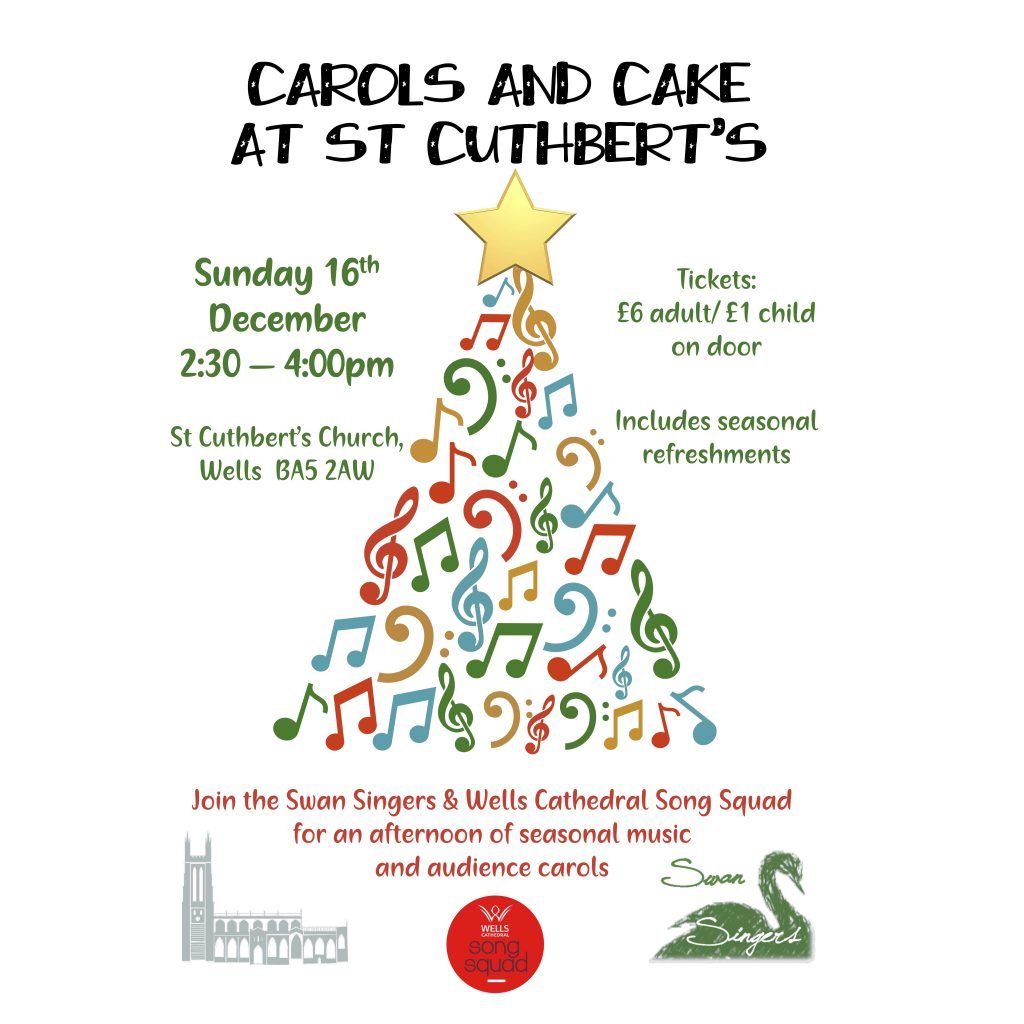 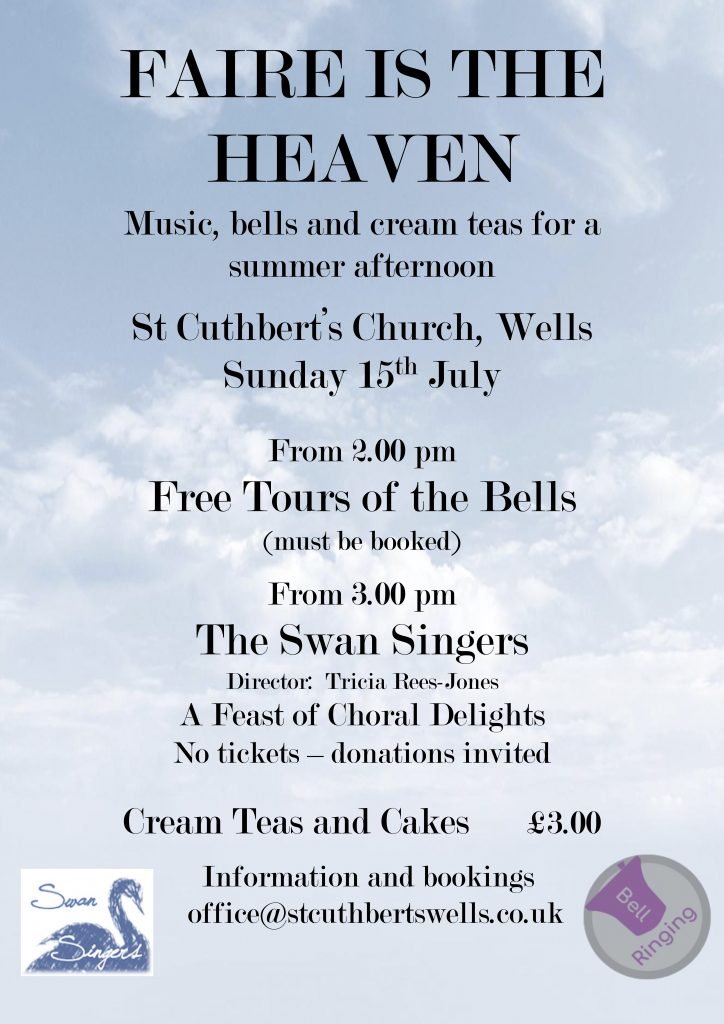 Thursday 31st May – lunchtime informal concert with tea and cake

So what do you do on 1st May? Well, climb Ebbor Gorge and sing madrigals of course! 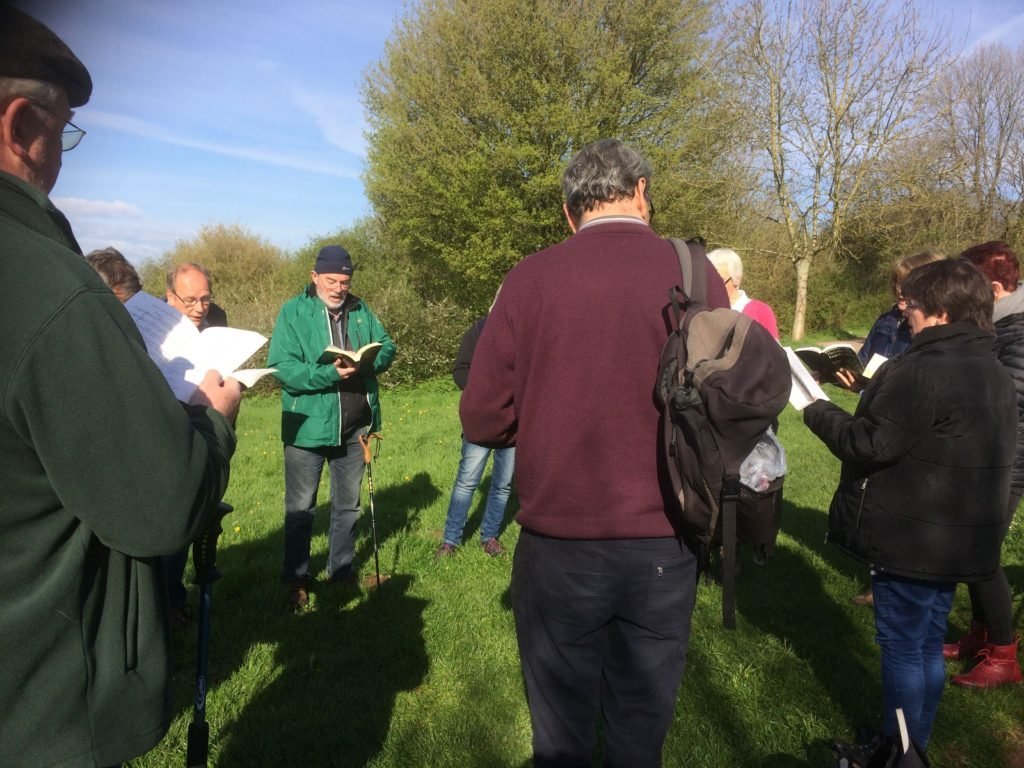 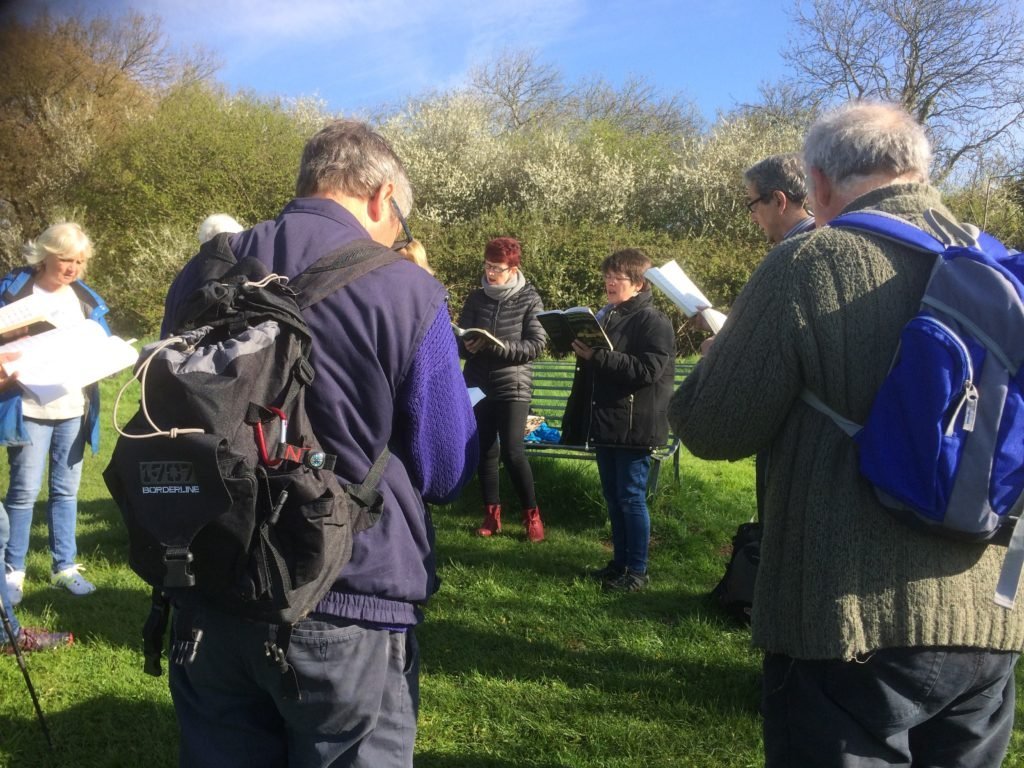 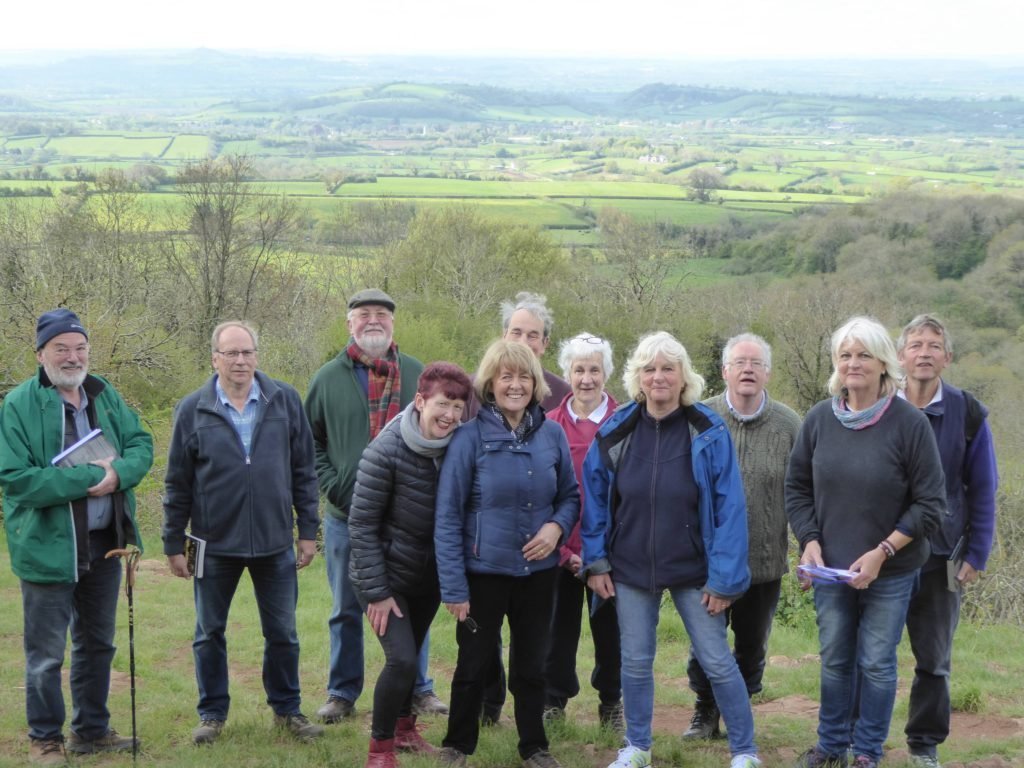 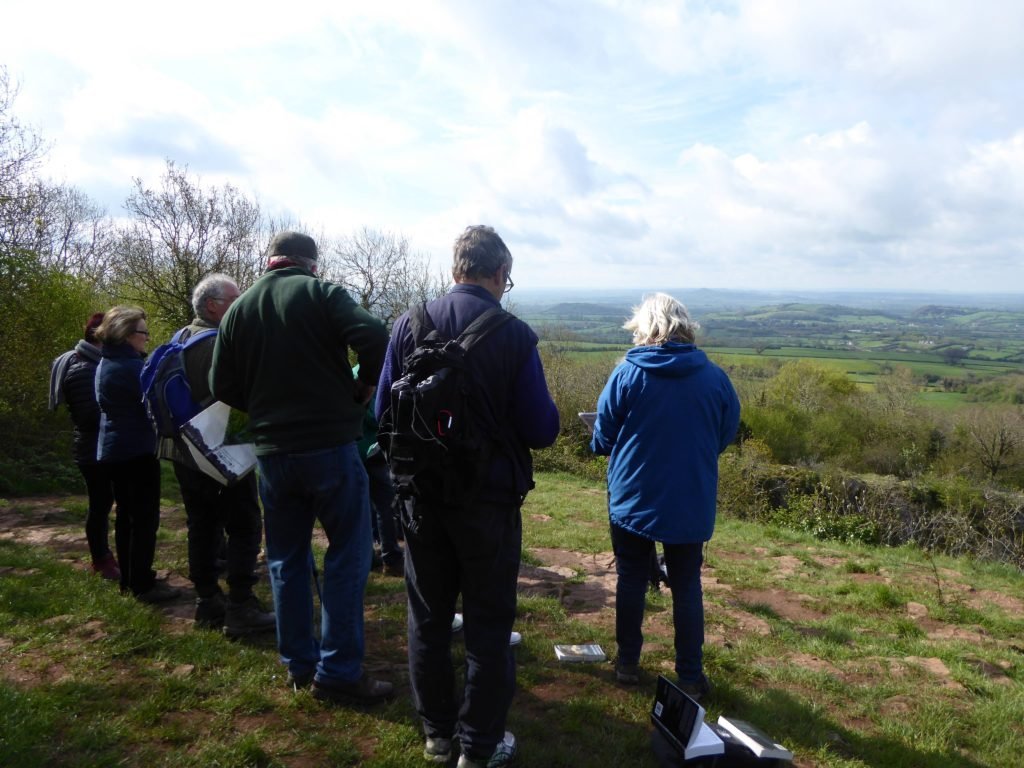 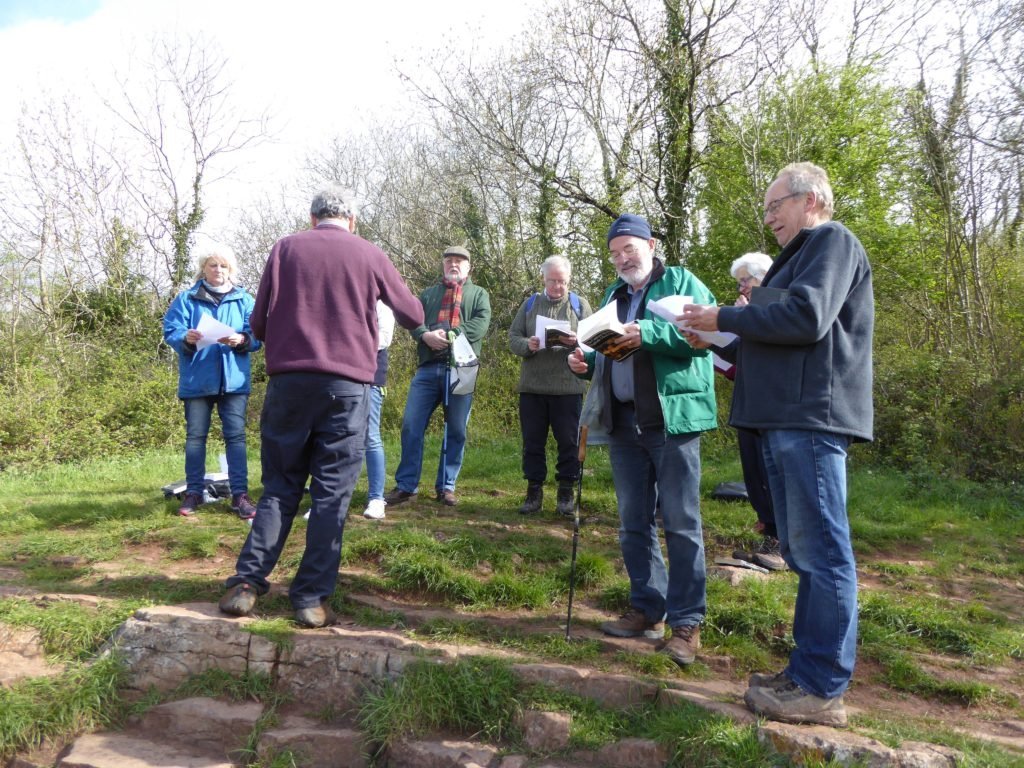 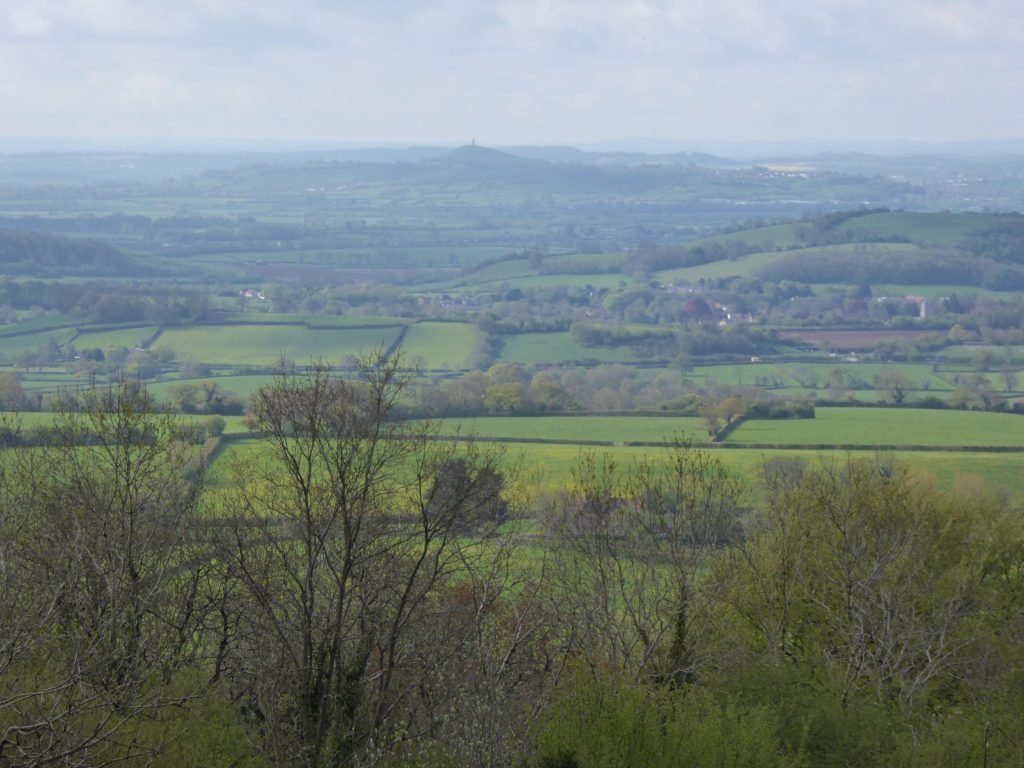 Saturday 16 December 2017
Bishop’s Palace, Wells
The Swan Singers gathered in the Chapel of the Bishop’s Palace and round the piano in the Long Gallery for festive music as part of the Christmas at the Palace festival.
bishopspalace.org.uk

We are the Swan Singers! We formed in 2014, and sing mainly early a capella music. We all live in and around Wells, a beautiful tiny city in Somerset.